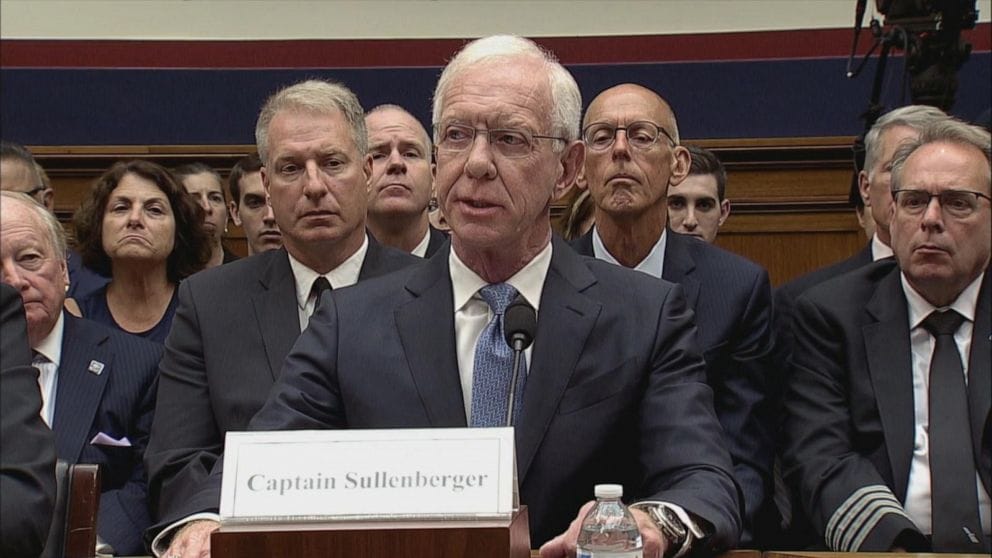 Retired airline captain Chesley “Sully” Sullenberger, the pilot best known for safely landing a disabled plane on the Hudson River in 2009, told Congress on Wednesday that a pair of recent Boeing 737 Max jetliner crashes “should never have happened”-and possibly could have been avoided with better safety processes and pilot training.

“These crashes are demonstrable evidence that our current system of aircraft design and certification has failed us,” Sullenberger said during a U.S. House of Representatives Committee on Transportation and Infrastructure hearing. “These accidents should never have happened.”

The two Boeing 737 Max crashes-one in Indonesia last October and one in Ethiopia in March-appear to be related to an automated system that causes the plane’s nose to point down if it senses the aircraft’s pitch is dangerously high, according to investigators. Some pilots had reportedly not received adequate training and information about the system before its implementation, and both crashes appeared to stem from pilots losing control after faulty sensor readings triggered the system.

Boeing has since issued a software update for the system. Its CEO admitted that the company was “not consistent” in its communications with regulators and the public, “and that’s unacceptable.”

The incidents prompted countries around the world to ground the 737 Max, and sparked government investigations into the approval and rollout of the aircraft. Some observers have said that the relationship between planemakers like Boeing and the officials who certify their aircraft has become dangerously close.

During the hearing Wednesday, Sullenberger warned that similar crashes could occur if corrective action is not taken. “These two recent crashes happened in foreign countries, but if we do not address all the issues and important factors, they can, and will, happen here,” he said.

Sullenberger also called for more hands-on pilot training and simulator time to help prevent accidents. “Reading about it on an iPad is not even close to sufficient,” he said. “Pilots must experience it physically, firsthand.”

Daniel Carey, president of the union that represents American Airlines pilots, joined Sullenberger in demanding better safety protocols moving forward. “Improvements in aviation are often – too often – written in the blood of the unfortunate victims of these airplane accidents,” Carey said.

Attorney Nomaan K. Husain of Husain Law + Associates has filed a lawsuit against Boeing for the Ethiopian Airlines Flight 302 Boeing 737 Max crash. If you have been affected by this crash, don’t wait a moment longer. Contact us today so we can review your case! Call 713-987-7126 or click here to send us a message!